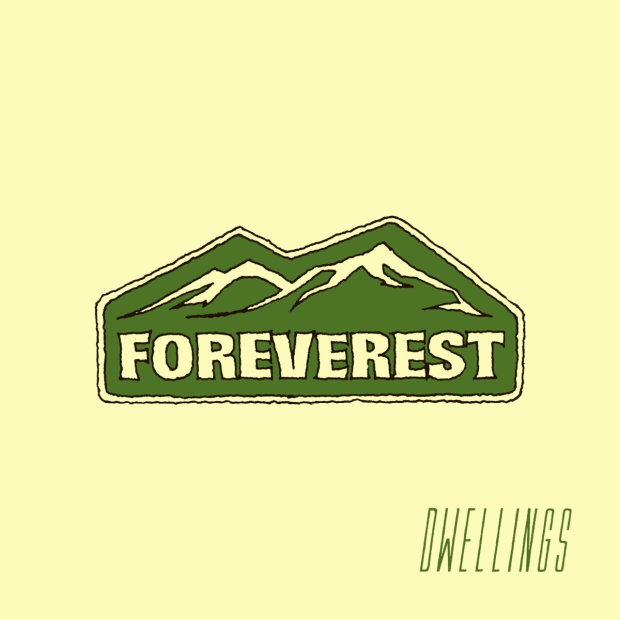 On November 25th, Modesto, California based post hardcore band, Dwellings, released the follow up to their debut single “Lemonade” with the release of their latest single, “Foreverest”.  For those of you who have been following the page you will know how excited I am to hear new material from this group.  Their debut single was nothing short of phenomenal, and based off that performance alone, I honestly believe that this group is the future of the post hardcore sub genre.  That being said, I was extremely excited to hear new material from this group because I’m still curious to see how their sound will develop throughout this debut EP.  This new single, “Foreverest”, definitely varies significantly from their debut release, “Lemonade”, however there are still consistent themes heard on both tracks that give listeners and fans of the group a sense of what this up and coming band will sound like!

As stated earlier, there are multiple clear differences that you can hear between the tracks “Lemonade” and “Foreverest”.  For starters, “Foreverest” is somehow even more melodic than the anthemic track, “Lemonade”.  To be clear, this is not a negative quality, but it is still a surprising feature, especially when considering how harmonious multiple sections and choruses were on “Lemonade”.  The guitar work is simply graceful and does a great job with complimenting the superb songwriting and vocal performance heard on “Foreverest”. However, the most significant and enjoyable difference between the two tracks is how the overall sound of the track ,”Foreverest”, is more unique to Dwellings.  As much as I love “Lemonade”, there were multiple instances where the track sounded a lot like previous Dance Gavin Dance releases.  “Foreverest”, on the other hand, sounds more unique to Dwellings and their specific style of songwriting, and in the process, shows off their own personal take on post hardcore.  The influences from DGD and other well known post hardcore bands can still be heard, but Dwellings’ personal and recognizable sound is without a doubt the most prominent aspect heard, and in return gives their fans a better idea to how their sound will develop and become even more unique with future releases.  “Foreverest” will probably be the most melodic and slowest song heard on the upcoming EP and it gives the project a good range from higher energy,  in your face songs to slower and even more emotional tracks.

However Dwellings, like most other major California based post hardcore acts, still show some examples of similarities to Dance Gavin Dance in this new track.  These similarities are not a bad thing, or show lack of creativity, but demonstrate how they are able to take this modern style of post hardcore and transform and mold it into their own unique sound.  The first similarity a listener familiar with DGD will hear when listening to “Foreverest” is that this song is heavily influenced by Dance Gavin Dance’s third full length studio album, “Happiness”.  “Lemonade” featured elements from both “Happiness” and “Acceptance Speech” (the fifth studio album by the Sacramento based band), but “Foreverest” appears to just draw influence from “Happiness” alone. This is not a surprise to me since they have already shown signs of writing in a similar style to “Happiness”, and Dwellings’ bassist, Anthony Pacheco, has even stated that this DGD record is his favorite to date.  That being said, it now seems obvious why “Happiness” and “Foreverest” might sound somewhat similar.  “Happiness” is one of, it not my absolute favorite, DGD record as well, so Dwellings’ use of mixing in elements from this legendary record is something that I definitely approve of.  These elements, which include everything from the sincere, emotion filled lyrics to to the slow, yet melodic song structure can be directly compared and sound similar to songs like “Happiness” off the album of the same name, but can also strengthen their own songwriting by combing their favorite moments from “Happiness” and their own personal songwriting sound.  However, it is important to note that all of Dwellings’ material has been recorded by Josh Benton, who used to play guitar for Dance Gavin Dance and now records some of their releases like “Tree City Sessions”, and has been mastered by Kris Crummett, who recorded most of DGD’s full length records and other releases by notable California based post hardcore groups.  Because of this, some of aspects of Dwellings’ material might be similar to DGD solely because their production process is almost identical to Dance Gavin Dance’s.  Regardless of where they take influence from, Dwellings is making some serious progress at becoming the next legendary post hardcore group.

In conclusion, this is another solid track from soon-to-be household name, post hardcore group, Dwellings.  My anticipation for this debut EP continues to grow with every single released and I simply cannot wait to see what they put out next.  I give their second single, “Foreverest”, and 8.9/10.  The release date for the EP, “Lavender Town”, hasn’t been posted yet by the band, but when it does the staff at Erik’s Album Reviews will be the first ones to share it with you!  Check out the review for their debut single, “Lemonade”, below and give the latest single, “Foreverest”, a listen and let us know what you think! 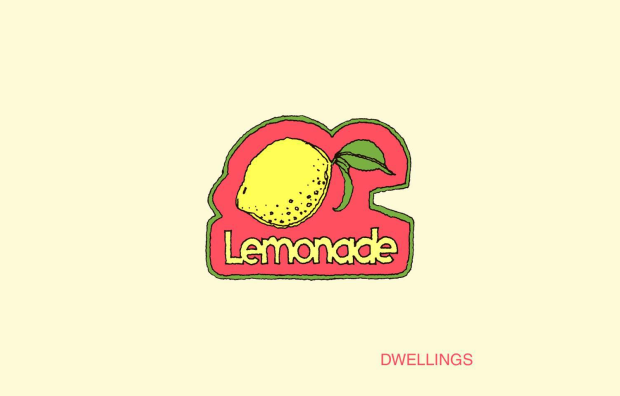 If you know anything about the modern post-hardcore scene, you will know that northern California has produced some amazing bands in the last 10 years.  Groups like Dance Gavin Dance, Hail The Sun, Strawberry Girls, Secret Band, and Sianvar have all hailed from this region and have reshaped the sub genre of post-hardcore in an iconic way.  Dwellings, a brand new group out of Modesto, California, will be the next band to add to this legendary list.

Dwellings have only released one song so far off their debut EP, “Lavender Town”, but they have already made a significant impact on the post-hardcore community.  With a successful first single, and a second one titled “Foreverest” coming this Friday, Dwellings has seen an immense amount of growing demand, excitement, and anticipation for this debut release.  I for one am definitely included in this group of new Dwellings fans looking forward to this release and what the future holds for the California post-hardcore act.

“Lemonade” is a great first impression for Dwellings.  The track itself is able to showcase each members skill set while simultaneously being a great, catchy track overall.  Distorted, artfully crafted guitar riffs and drumming are elegantly mixed in with high pitched singing vocals, similar to a style like Donovan Melero of Hail the Sun, and harsh, screaming vocals, which feature a tone that can be compared to Jon Mess of Dance Gavin Dance.  However, I will say these familiar sounding vocal tones are directly linked to lyrics that are very different from both Hail the Sun and Dance Gavin Dance.  The most memorable part of this debut track is, without a doubt, the melodic, upbeat sound the entire song features.  This characteristic is extremely prominent from start to finish, and when focusing on certain sections, like the chorus for example, it can make the track extremely addictive!  The great emphasis and build ups to the prominent anthemic and melodic portions of the song highlights the most significant sections of the track itself and showcases Dwellings’ already amazing songwriting.

A new listener to Dwellings might notice a few similarities between them and the post-hardcore titans, Dance Gavin Dance.  While some might view these similarities as a rip off or attempt to copy DGD, I personally think they further improve Dwellings, and in some instances, when looking at these comparisons I believe it can be concluded that Dwellings does certain things better than Dance Gavin Dance.  For starters, Dwellings and Dance Gavin Dance both feature similar artwork.  If you look at the artwork for “Lavender Town” and compare it to Dance Gavin Dance’s “Downtown Battle Mountain” I and II, “Happiness”, and “Acceptance Speech” artworks, you can see multiple similarities in the style of artwork.  “Lavender Town” features an elaborate city that uses a unique style of characters that have multiple interactions throughout the artwork, which is very similar to both “Downtown Battle Mountains”.  “Lavender Town” also uses the characteristic of having a colorful display of a landscape and its inhabitants, who exemplify a lot of action and detail happening outside of the focus point and almost entirely seem to be focused on a centrally located figure, like the designs for both “Happiness” and “Acceptance Speech”.  “Lavender Town” further draws similarities by using a world of characters, much like the familiar characters and faces seen in the DGD artwork world, that I’m assuming will be featured on future Dwellings’ artworks in a similar fashion to how DGD reuses the same artistic style and depiction of characters in their own artwork, fictitious worlds. 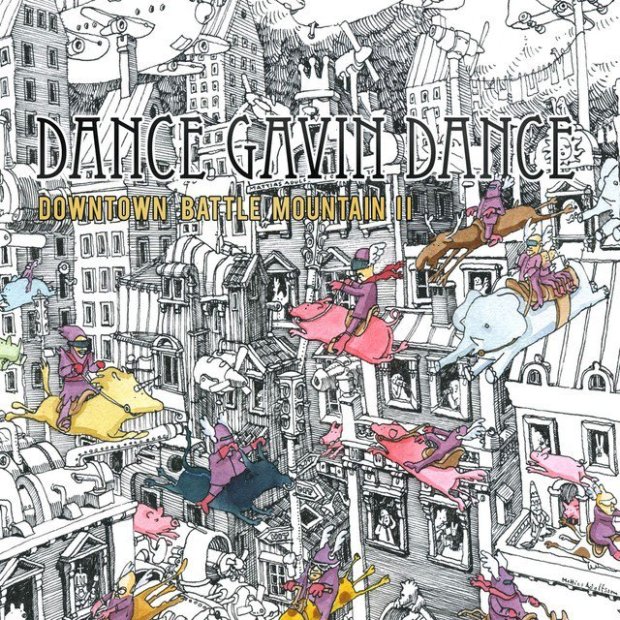 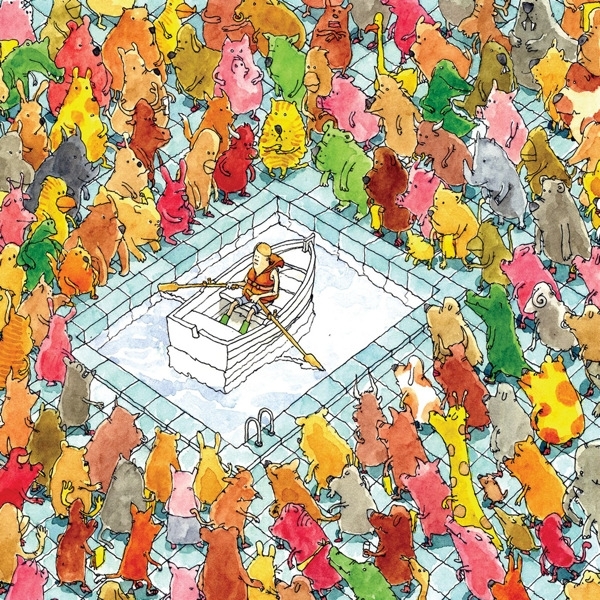 Musical there are also numerous similarities between the two California based bands.  Personally, I believe this track sounds a lot like it was influenced from songs heard off of “Happiness” and “Acceptance Speech”.  While I think the similarities are not close enough to consider it plagiarism, I do believe its significant enough to come to the conclusion that some parts sound alike on both the single and the releases mentioned.  These two album are some of my favorite releases by DGD, so the comparison is something I thought highly of.  I personally believe that the sound generated in these two eras are some of DGD’s most memorable and successful work, and for Dwellings to take inspiration from these records shows they are on pace to accomplish great feats.  In fact, I am much more excited to hear “Lavender Town” when it is released than I was to hear new Dance Gavin Dance.  Lately, I believe Dance Gavin Dance has lacked inspiration, and because of it I believe the quality of material from the Sacramento group might decrease.  However, Dwellings has a lot to prove being a brand new band and when comparing their first single, “Lemonade”, to Dance Gavin Dance’s first single off “Mothership”, “Chucky vs. The Giant Tortoise”, “Lemonade” absolutely sounds better and has made my anticipation higher for new Dwellings than my anticipation for new Dance Gavin Dance.

In conclusion, this debut single by Dwellings is phenomenal and I give it a 9.4/10.  I believe that the new era of post-hardcore will showcase Stolas, Dwellings, Hail the Sun as the future of this genre and their impact and albums they release will reshape how we view the genre completely.  Please do not sleep on this amazing group and check out their single below!  They will release their second single ever, “Foreverest” this Friday, so be sure to check back in for a review of this next release by the soon-to-be post-hardcore giants, Dwellings!