This week the “Track of the Day Tuesday” is by a heavier, New Jersey based deathcore band called Lorna Shore.  Lorna Shore is actually a group that I discovered in 2013 after their drummer actively posted on the site, Vinylcollective.com.  Being a huge vinyl collector myself, I was able to talk to him through the forums and messaging function on the site about his band, who was fairly unknown at the time, Lorna Shore.  In 2013, I rarely listened to anything heavier than you’re basic deathcore bands like Chelsea Grin, Suicide Silence, and As Blood Runs Black, so the “Maleficium” EP was too heavy for me to enjoy when I first heard it.  However, after listening to their sophomore album, “Flesh Coffin”, which was recently released (by the way a review for “Flesh Coffin” is in the works), I realized how amazing this young deathcore band is and decided to revisit older works, especially the “Maleficium” EP.  After listening to these tracks for the first time in years, I was shocked to hear how amazing the project truly is, more specifically the successful single, “Godmaker”.  It is because of this that I have decided to name “Godmaker”, the best song on the 2013 “Maleficium” EP in my opinion, the “Track of the Day Tuesday”.

“Godmaker” is an eerie track that starts off with different sounds and effects that could easily be heard in the most suspenseful horror movie.  After the near minute intro, the track then brings in the full band as the guitars hit three melodic minor chords before going into a fast paced deathcore riff.  Throughout the track, multiple tempo changes, transitions between breakdowns and mind-numbing riffs, and astonishing blast beats accompanied by an impressively chilling vocal performance are heard, which help make “Godmaker” so memorable.  However, the most remarkable aspect isn’t any of the features previously mentioned.  In fact, it is the atonal guitar lead heard over the breakdown at (3:48?) in the track.  Not only does this lead guitar part make this breakdown even more brutal, but it adds a horrific (in a very good way), gothic influenced mood and sound to the already heinous track.  The atonal lead part, which you can listen to below, has made “Godmaker” not only one of my favorite tracks off “Maleficium”, but one of my favorite Lorna Shore songs in their discography, while also further proving my theory that melody, whether its tonal, atonal, or influenced and categorized differently, can help improve the song structure of even the most brutally heavy deathcore tracks, resulting in a more memorable project.

The music video for “Godmaker” is attached below.  Of course, I highly suggest you check out the “Track of the Day Tuesday” for both this week and previous weeks.  Also, if you are a Lorna Shore fan, stay tuned as I will be doing reviews for “Flesh Coffin” and possibly “Psalms”.  Lastly, let us know what you think should be next week’s “Track of the Day Tuesday” and stay tuned for more reviews and content to be released later this week! 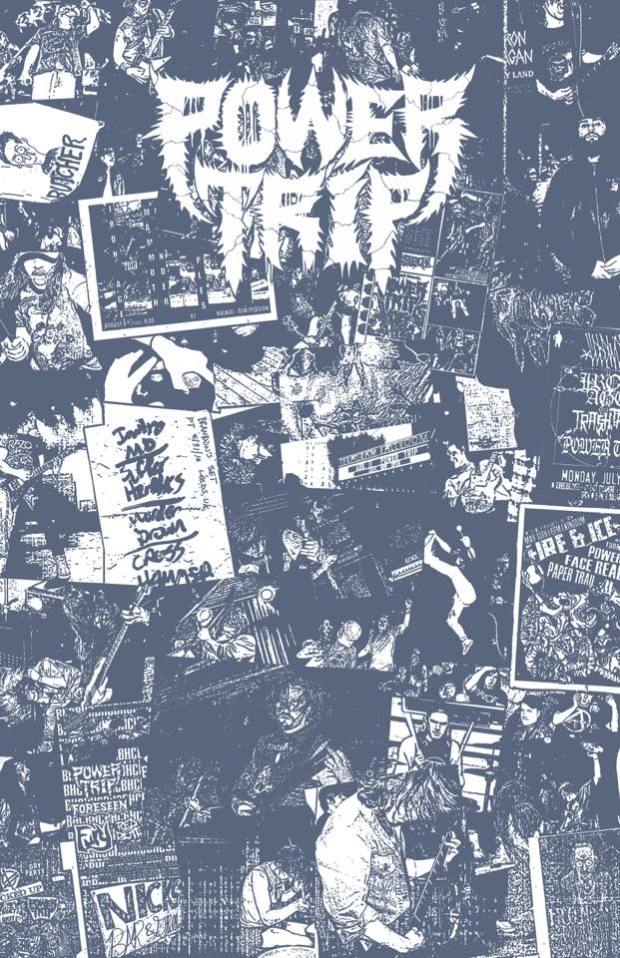 Recently, Texas based hardcore/thrash metal band, Power Trip, have announced the follow up to their iconic, most recent album, “Manifest Decimation”.  This upcoming album, titled “Nightmare Logic”, is assumed to be released in either late 2016 or early 2017.  However, what is know for sure is that the first single off the record, “Firing Squad”, will be released this Tuesday!  This record will be the first full length album by the group since 2013, and the anticipation for this new material is at an all time high, especially for massive fans of the Southern hardcore/thrash metal band like myself!

Power Trip is one of the members of a short, but paramount list of modern thrash metal based bands that I actually thoroughly enjoy.  I usually find it hard to get into any thrash metal artists, due to the fact that the metal subgenre is not a division of music that I find highly entertaining or inspiring.  However, Power Trip is so skilled in their unique mix of aggressive hardcore music and hard-hitting, in your face thrash metal that it is nearly impossible to not absolutely love their material, especially “Manifest Decimation”.  Even if you don’t particularly care for either the hardcore or thrash metal subgenres, the Power Trip discography is something you absolutely need to listen to.  I definitely recommend starting with later releases by the group, but regardless of where you start, you need to give Power Trip a chance if you haven’t yet.

Next week I will be writing a review for the first song off the upcoming 8 track album.  I highly doubt it will be anything but flawless and absolutely addicting, but I will be most interested to see how it compares to “Manifest Decimation”.  Be sure to check back in for updates about “Nightmare Logic” and check out other posts on the site about other hardcore, trash metal, and powerviolence bands!