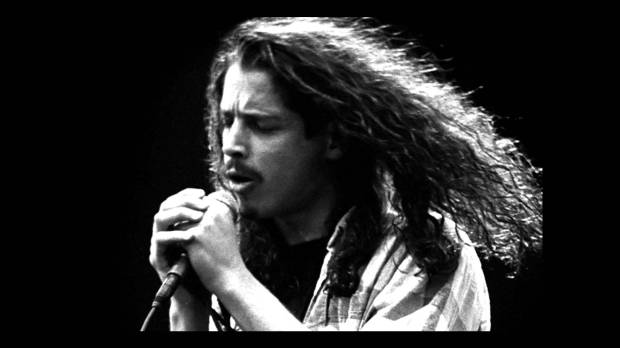 Before I discuss the tragic news of the death of grunge legend Chris Cornell, I want to mention the lack of content at Erik’s Album Reviews lately. For the past month and a half, the staff at Erik’s Album Reviews have dealt with serious issues involving school, family, and other personal situations that forced us to take time away from the website. We apologize to our fans for not having content for a long period of time, but we hope we can get back to providing all of you with daily content immediately! We are very grateful for your support and are excited to share with you new reviews, news stories, YouTube videos, and more!

During our extended break from writing last month, some absolutely crushing news made headlines across the globe. While standing outside my apartment at 3:30 am in the rain waiting for a shuttle to pick me up to take me to the airport, I decided to check my Twitter feed only to see that moments before checking my phone, grunge legend, and a simply impeccable artist who I looked up to for years, Chris Cornell, had passed away. In the first few hours of May 18th, I was completely stunned. I couldn’t believe that at only 52, Chris Cornell was dead. I couldn’t believe that the iconic singer, who seemed healthy and well at the time, abruptly passed away. I couldn’t believe that the singer who made Soundgarden and Audioslave so important to me growing up will never get to take the stage again and do what he loves to do. It was a complete shock that left me stunned in disbelief to say the least.

According to reports following his death, it appears that the cause of death for Cornell was suicide. Personally, I’d much rather focus on the beautiful life of Chris Cornell than the painful reasons as to why the singer is dead, so in rememberance of the Seattle singer, please give a listen to the two tracks below.

The first is “Gasoline” by Audioslave. Growing up, Rage Against the Machine were sacred to me. Their agressive lyricism and mind numbingly perfect songwriting helped RATM become one of the most impactful bands in my life. That being said, discovering Audioslave, which of course features everyone from RATM besides Zach de la Rocha and has Chris Cornell on vocals, was extremely significant to me and my initial discovery of my favorite artists, and “Gasoline” was the reason for that specific musical discovery. The track itself is upbeat, catchy, well written, and of course heavy, and listening to it today is essential!

The other track is of course “Black Hole Sun” by Soundgarden. Like most Soundgarden fans, the first track I ever heard by the legendary band was “Black Hole Sun” and it instantly made me a huge fan of the group. The eerieness of the track and the creepy, imminent doom portrayed in the lyrical meaning of the song despite its light vocal delivery was unlike anything I had heard at the time and was captivating to put it simply. After about a half hour of searching I found what is probably Chris’s best performance of the song live (attached below). You’ve probably heard the song countless times before, but I still suggest that you take a few minutes to revisit the classic song.

Despite the sad news of Cornell’s death, we have more positive articles due out very soon at Erik’s Album Reviews, so stay tuned, and of course, RIP Chris Cornell you will truly be missed.﻿
Audioslave’s “Gasoline”: