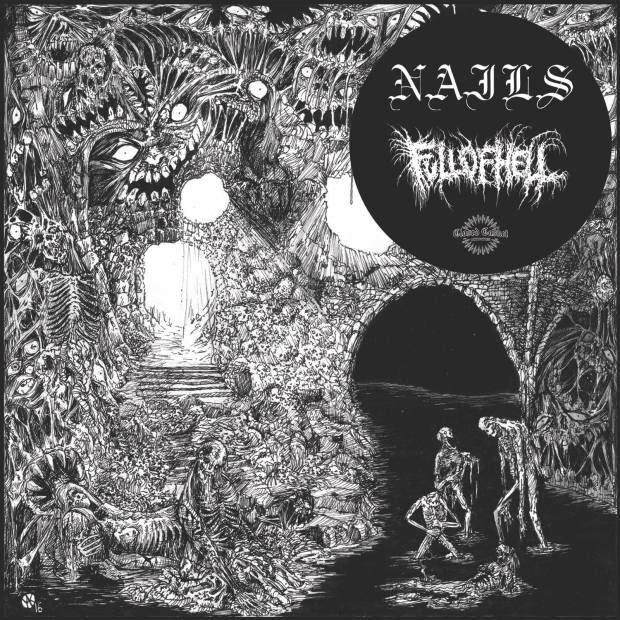 After releasing what will probably be one of the greatest albums of 2016, “You Will Never Be One Of Us”, and quickly following that with a statement saying they would be going on an “extended hiatus”, Nails has now announced they will be releasing a split 7″ with Full of Hell on December 2nd.  The band did not release an update as to whether the hiatus is over or not, but they have released the artwork for this split and it is mesmerizing to say the least.  It is obvious that this release will be amazing, and could possibly make Nails the first group ever to have both an album and an EP featured on our Albums and EPs of the year posts.  Pre-orders and track previews are not yet live, but when they do get released to the public we’ll be the first to share them with you!  In the meantime check out “You Will Never Be One Of Us” and pick up Full of Hell’s discography for free at their bandcamp page and enjoy some amazing modern grindcore!

One thought on “Breaking News: Nails Will Release a Split 7″ With Full of Hell This December”